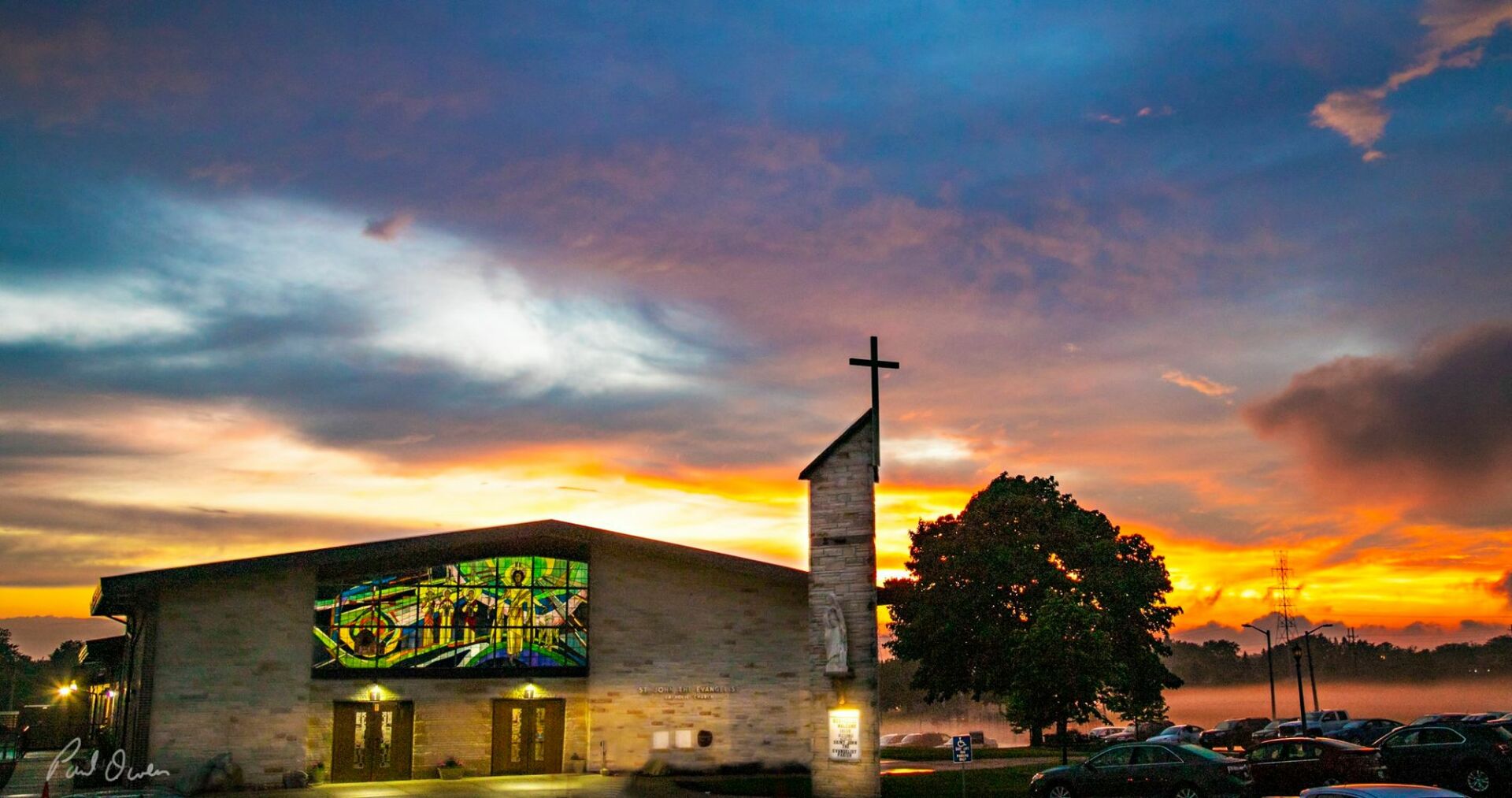 History of St. John the Evangelist

On April 26, 1916, Fr. Mark Pakiz, with the blessing of Archbishop Sebastian Messmer, purchased a former Jewish Synagogue at 4th Ave. and Mineral St. (now 9th St. and Mineral St.) for the price of $5,500 and St. John the Evangelist was formed. Until 1929, St. John’s was the mission church of St. Mary Help of Christians. Upon the death of Fr. Pakiz, Rev. Wencelaus Solar, O.S.B. and Msgr. August Breig were instrumental in dividing the churches into 2 separate parishes. St. John’s grew rapidly and in 1938 built a new rectory and in 1952 built a new parish hall. Also in 1952, the Archdiocese entrusted St. John’s to the Slovenian Franciscan Fathers from Lemont, IL. They would serve the needs of the parish until 1992.

The year 1968 turned out to be a milestone year. The first festival was held that summer and raised $9,000. The festival continues today and raises over $70,000 annually. Next was the opening of our grade school in September. It started with only 3 grades. Through expansion, it graduated its first class in 1974. The school continues and now serves grades K4-8.

The 1970s and 1980s saw continued expansion with the current rectory being built, the expansion of the narthex, raising the roof for the choir loft, and the tower. The school building also expanded with the additions of the K5 classroom, music and computer rooms, and the multi-purpose building (gym).

The early 1990s also saw a number of changes. In the fall of 1991, Fr. Lawrence Grom, O.F.M. our pastor since 1980 passed away. With the priest shortage that the Slovenian Franciscan Fathers were experiencing, they entrusted the care of St. John the Evangelist back to the Archdiocese. In June of 1992, Fr. Richard Talaska was assigned as Pastor and Fr. Richard Verberg as our Associate Pastor. They continued in their positions until their retirements in 2008 and 2009 respectively.

Having celebrated 100 years and looking to our future, we also look back at our past. We look at the families that started St. John’s on 9th and Mineral, the families that helped with the relocation to 84th and Cold Spring, and those families that are currently members, all of which make us who we are today.